Projects to come out of the tMoRPH Hackathon included Haunts, a mixed reality production that follows a team of ghost hunters through site-specific locations as they explore supernatural phenomena; Future Histories, a multiplayer asymmetrical mobile game revolving around future fables; Holodeck Hamlet, a concept for a livestreamed performance adaptation of Hamlet involving one live actor, an ensemble of AI holograms, and a holographic virtual environment; Dream Co-creation, a virtual reality experience revolving around the collaborative creation of scenes based on dreams; and Monument for Memory, an immersive media sculpture housed in interactive virtual three-dimensional space that uses film, photographs, sound, and found objects to create an ethnographic assemblage that centers the stories of the community for whom and by whom it is built.

The virtual hackathon consisted of events and efforts distributed across one full week of activities. The hackathon included a kick-off event, a team formation event, a series of self-directed development efforts, mid-week presentations, and final presentations and discussions.

The tMoRPH Hackathon took place over the course of June 13-19, 2020, with final presentations occurring on the final day of the Hackathon. 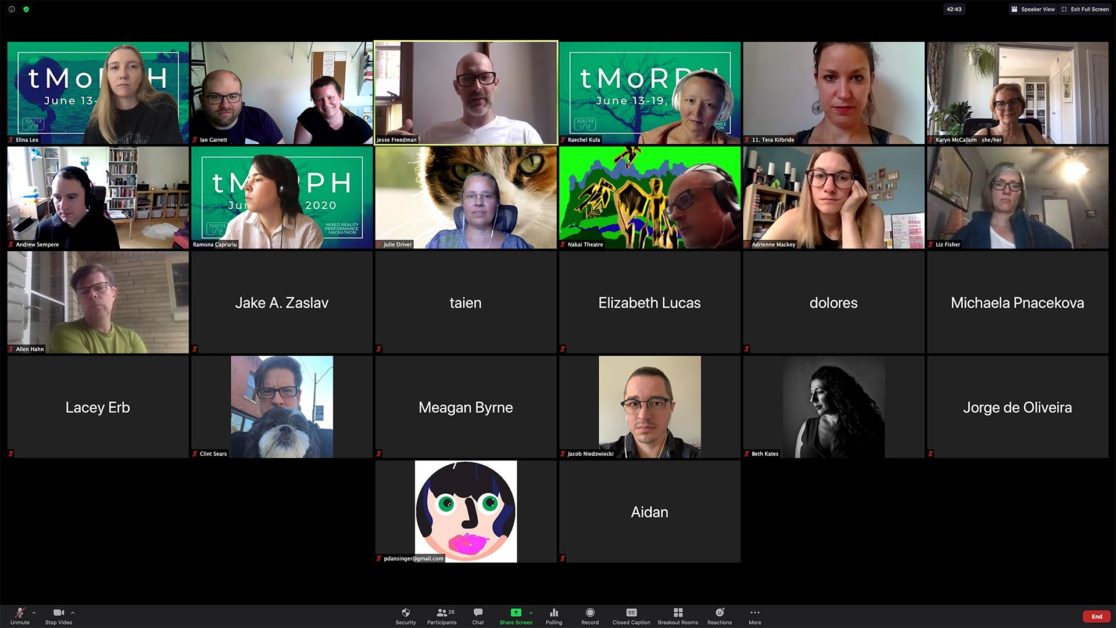