Toasterlab’s role in the Groundworks projects has been to listen deeply and to support the collaborators with innovative media production. Throughout the process of Groundworks, Toasterlab produced both flat and 360-degree video for archival and documentary purposes. Some of the footage produced by Toasterlab was included in the live and virtual performances that came out of Groundworks. From 2020 to 2022, Toasterlab has worked with Indigenous collaborators to assemble this footage into an hour-long documentary about Groundworks, which will air on U.S. public television beginning October 1, 2022.

Toasterlab also provided design and technical advising services, as well as media installation services, and scenography, for a performance of the Groundworks dance work that was part of Rotunda Dance Series in San Francisco’s City Hall. Toasterlab produced pre-show showings of Groundworks virtual reality dance performances at Indigenize the Bay and Between Underground and SkyWorld, a Dancing Earth performance.

Groundworks encompasses a multifaceted series of projects created in collaboration with California Native artists. The ultimate goal of Groundworks is to ritually and artistically re-Indigenize stolen land, foregrounding the original Indigenous presence in the California Bay Area.

Groundworks began a year-long collaborative project initiated by contemporary dance company  Dancing Earth Creations. Groundworks was rooted in relationship-building with Bay Area California Native cultural collaborators and their mentors, including First Nations of Ramaytush Ohlone and diverse Ohlone bands, Pomo, Miwok, Wappo, and Tongva artists and activists. Groundworks originally focused on the creation of a multidisciplinary, mobile performance art piece designed to amplify the oft-forgotten Native presence under one’s feet anywhere in the America’s—embodying the indivisibility of the ceremonial and the artistic, as well as a disruption of settler-colonialist notions of discrete genres. This initial focus expanded to include a number of co-created artistic projects, including a dance performance, a VR experience, a short film, and a documentary that will air on U.S. public television in 2022.

The initial year of Groundworks development led to a number of co-created artistic projects, including a dance performance on Alcatraz Island, a VR experience, a short film, and a documentary that will air on public television in 2022.

How Turtle Got the Cracks on His Back, a short film, also came out of the Groundworks process. This film was presented at the American Indian Film Festival and the Poppy Jasper International Film Festival.

A documentary about the Groundworks project and collaborators was shot alongside the main Groundworks process and after the performance. Supported by the Corporation for Public Broadcasting and Vision Maker Media, this documentary will air on U.S. public television starting in October 2022.

Using the Toasterlab-developed MapTool, the ongoing Groundworks process also involves the future planned development of an app. This app will consist of an interactive guide to the contemporary Indigenous works created through the collaborative Groundworks process.

The site-specific dance performance of Groundworks was shared at Alcatraz on October 8, 2018 for Indigenous Peoples Day as part of the annual sunrise ceremony. The dance was also performed in a dance program in a Rotunda Dance Series at San Francisco City Hall, on October 5, 2018.  The accompanying documentary, Groundworks, will air on PBS during 2022. 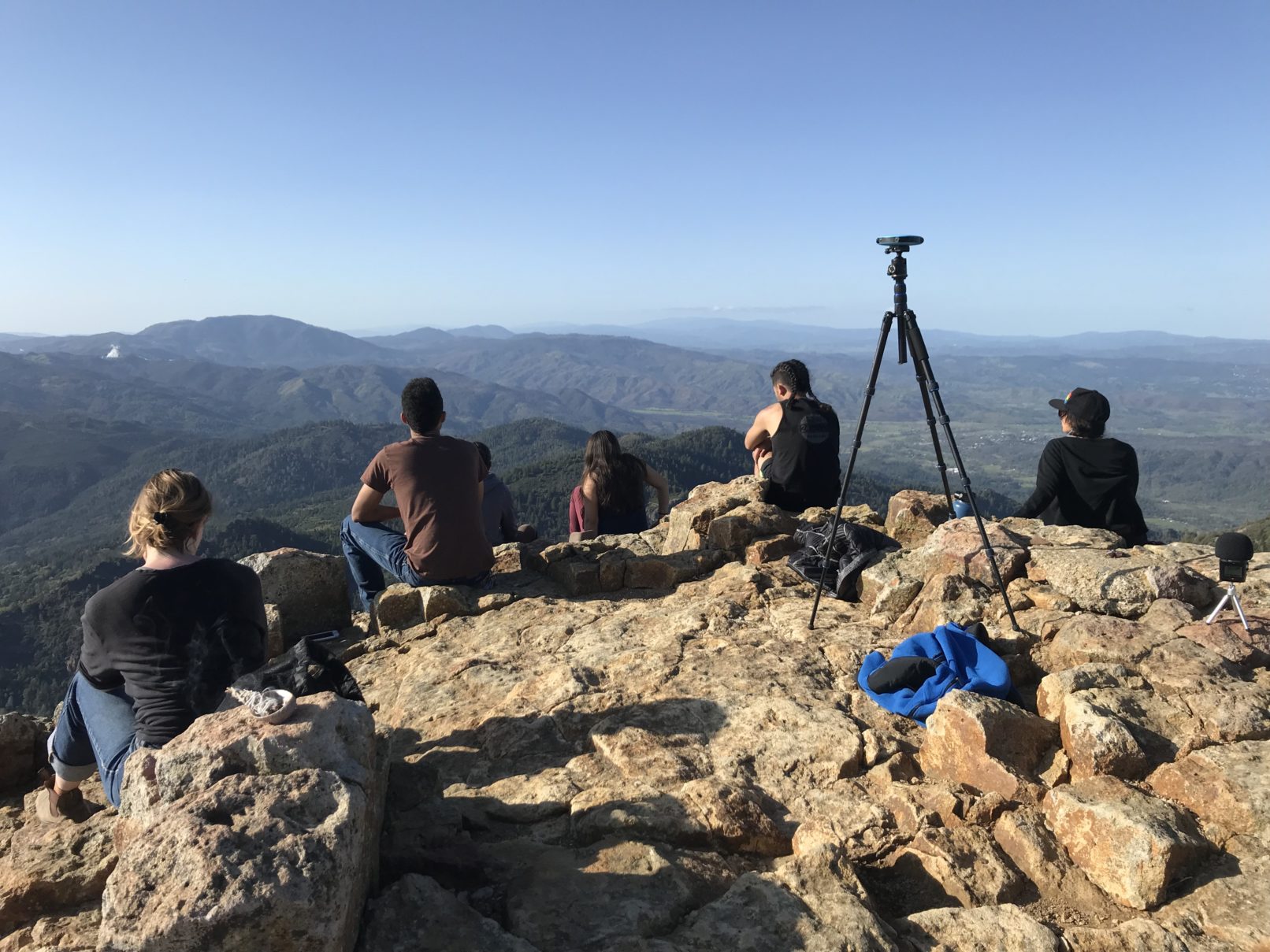