HAGS and The Antigone Play

Toasterlab worked with the cast and creative team of The Antigone Play and HAGS to provide technical advising and troubleshooting throughout the development of both productions.

The Antigone Play is a Zoom-based contemporary adaptation of Sophocles’ Antigone. Tig is distraught to find that her Uncle Chris is making drastic changes to her family’s restaurant, which her beloved grandmother opened years ago as a recent immigrant and refugee. Outraged by what she sees as a betrayal of the family, Tig starts an online campaign to stand up to her uncle, save the legacy of the restaurant, and restore her family’s honour. As the campaign catches fire, Tig considers just how far she must go. The play was commissioned by [email protected] and written by York University Theatre & Performance Studies PhD candidate Tabia Lau, and directed by David Jansen.

HAGS (Hamiltonian Against Groups of Sadism) is a Zoom-based play that explores the limits of forgiveness in vengeful millennials and Generation Zs. When a team of online activists gathers to recruit their newest member, the group is Zoom-bombed by the alt-right, leading to a night of violence and a settling of old scores. HAGS asks: how do we find satisfying justice in online spaces? When do we go too far in our pursuit of a better world? The play was commissioned by York Theatre alumnus Aaron Jan, and directed by David Jansen.

Participants watch The Antigone Play and HAGS on Zoom, from their home computers. Animation, multiple images, shifting backgrounds, and the use of sound and music heighten the experience, to render these Zoom play as creative and imaginative performances.

The Antigone Play and HAGS were commissioned by [email protected] and written by Tabia Lau and Aaron Jan, respectively, as a way of providing an educational opportunity for students in the Theatre program at York University. Aaron Jan is a York University Theatre alumnus, and Tabia Lau a PhD candidate in Theatre & Performance Studies at York. They began by meeting with David Jansen to discuss their ideas for their Zoom-based scripts for students in the Acting Conservatory (along with professional actor Frank Chung, whose involvement was arranged by permission of the Canadian Actors’ Equity Association)  to perform. The playwrights were given no restrictions in terms of theme, idea, or cast size, and they were free to write for the medium of Zoom on their own terms.

Rehearsals between actors and director David Jansen also took place on Zoom. Here, technical and performative difficulties were addressed in real time. Jansen refers to the “muscularity of acting” – the fully embodied, fully present energy that actors bring to the stage – as one of his central focuses throughout this process.

The Antigone Play held a preview performance on November 22, 2020 at 6:00pm. The show opened on November 24 and ran through November November 29.

Theatre @ York has been a springboard for a generation of outstanding Canadian theatre artists since its establishment by the Department of Theatre at York University in 1969. 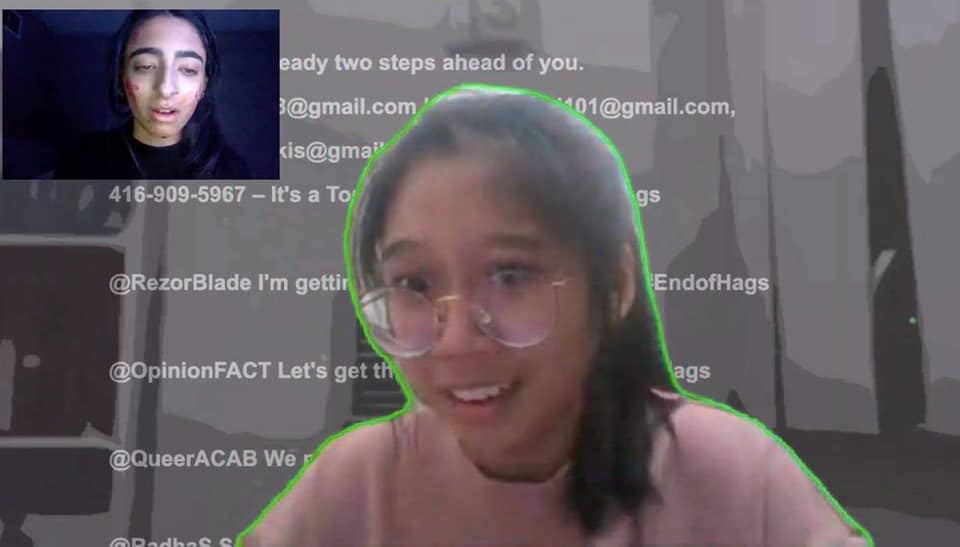 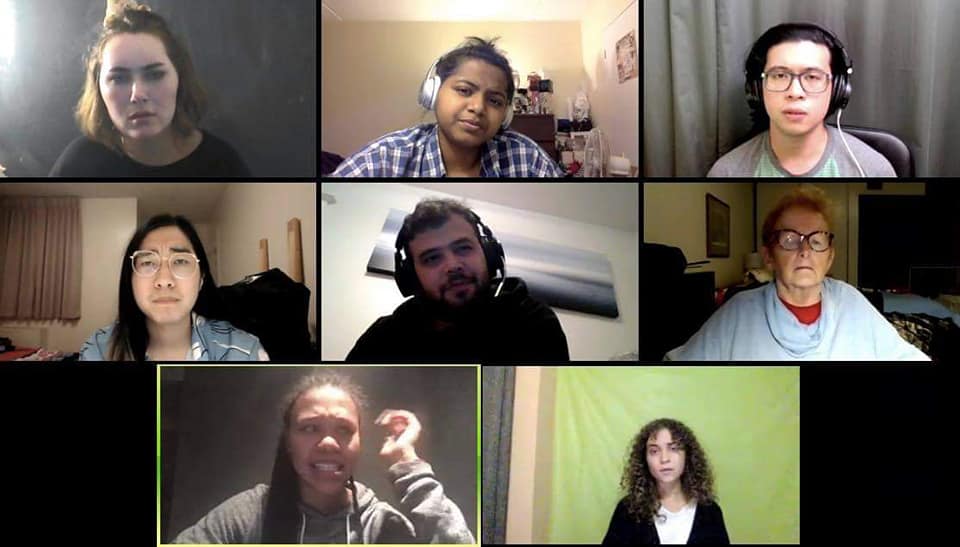